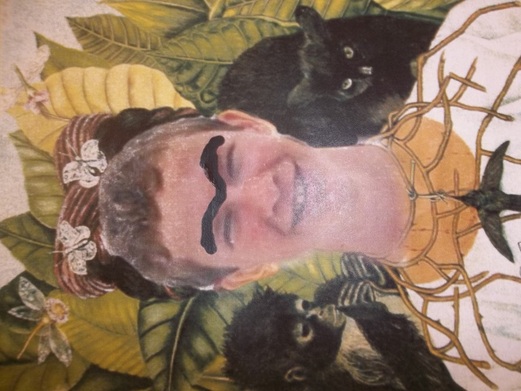 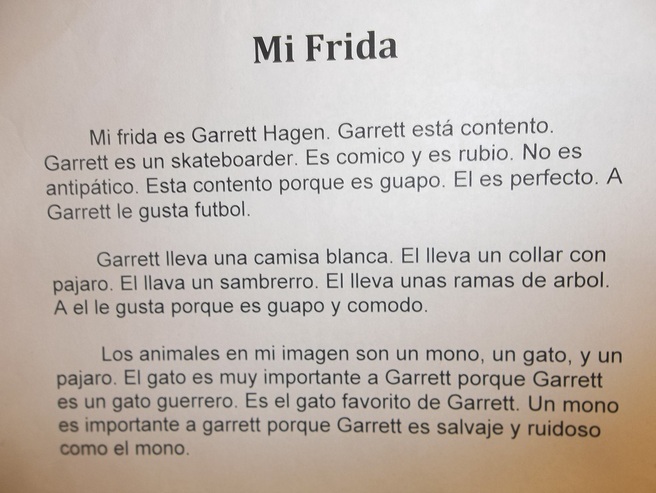 For this project I started off by doing research on Frida to expand my knowledge on her. I then decided what drawing I was going to mimic of hers and who I was going to put on it. I started off by writing the the first paragraph and then checking it with Susy after that I made my picture. Then based of the picture I did, I wrote the next two paragraphs and then checked it with Susy again. When I had my finished picture and refined paragraphs I printed them off and glued them to a piece of paper and hung it up in the hall!
I think she painted so many photos of herself to release her emotions.
I feel it came out well, I spent a lot of time on it so I was happy with the results.
At first I wasn't sure what or who I was going to do but as soon as I decided I feel it came out just how I wanted it to.
If I were do do this project over I would spend more time on my paragraphs.
Dia de los Muertos.
In this project we learned about day of the dead. We drew ourselves as skeletons. This was a fun project and I learned a lot!

Learning about Day of the dead was fun. I learned that it is a celebration of life instead of mourning over death. It is a happy holiday with a ton of skeletons. My skeleton represented me because it was formed to look like it was posing or dancing, something I do a lot in theatre. I am proud of the paper I wrote because I put my best work in to it. To me the most difficult part of this project was being creative with the skeleton because I crammed finishing it in to a short amount of time. Next time I would spend more lunch hours working on my skeleton because I knew i was going to be absent. 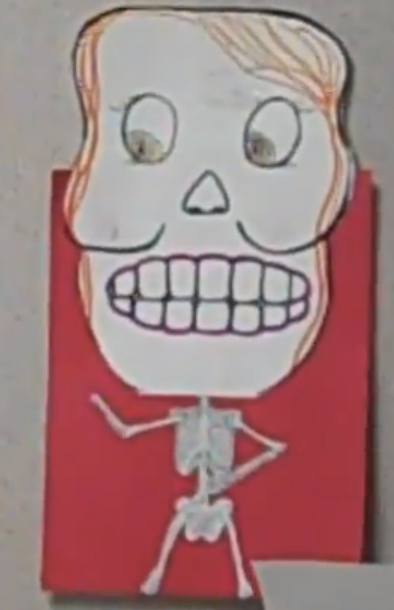